Prior to Charles River, Dr. Black worked for 11 years at both FDA Centers for Drug and Biologics. She revised pre-IND proposals, reviewed INDs and NDAs, and wrote FDA guidances on immunotoxicology, rheumatoid arthritis, xenotransplantation, and oligonucleotides. She represented FDA externally on topics related to relevant species choice and safety margins. Lauren invented the term ‘PAD’ as a key metric for safer and more efficient human dose estimation during her leadership of the FDA Guidance on maximum starting doses. Reviewing 1K+ products, her scope includes recombinant proteins, cells, tissue-engineered devices, gene therapies, and vaccines, focusing on relevance of various cell and animal models to human risk prediction.  Dr. Black is a strong proponent of reduced animal use, and reliance on pharmacology models for risk assessment. In 2022, Lauren received the Charles River President’s Award for her influence on the FDA Guidances for N=1 INDs. In 2019, she received the Career Achievement in Biotechnology Award from the Society of Toxicology. She has served on numerous precompetitive committees (Biosafe Leadership and Advanced Medicine committees, NC3Rs, and HESI), teaches, and is invited to government and industry advisory panels. Dr. Black received her B.S. from Carnegie Mellon University (1982) and Ph.D. (1989) in Pharmacology/Toxicology from the VCU School of Medicine. Her work during an IRTA Fellowship was published on GPCR pathways.

Nagendra Chemuturi received his Bachelor Degree in Pharmacy, with Distinction and two gold medals, from Kakatiya University, India. He worked as a pharmaceutical sales representative before pursuing his Ph.D. at the University of Iowa. He was awarded the AAPS Graduate Symposium Award in 2005 for his dissertation work on the role of nasal drug transporters and metabolism in preferential nose-to-brain uptake of dopamine into brain. He started his career in the US at Vertex Pharmaceuticals in 2005. Since then, he has worked at Alcon-Novartis and Seattle Genetics, and is currently with Takeda Pharmaceuticals. His experience lies in the fields of oncology and ophthalmology having served as DMPK lead on several small and large molecule projects. He is currently working on viral gene therapies including clinical aspects of viral gene therapies. He has given podium presentations at several scientific conferences, and is active in IQ consortium, having co-led the MABEL working group and currently co-leading the Novel Modalities WG. He has co-authored several articles and book chapters.

Dr. Vibha Jawa is an Executive Director for Biotherapeutics Bioanalysis in Nonclinical Disposition and Bioanalysis (NDB) organization at Bristol Myers Squibb.  Vibha is responsible for leading biotherapeutic and cell /gene therapy bioanalytical (BA) function supporting DMPK and immunogenicity, and provide strategic and scientific oversight for BMS developmental portfolio. Vibha was at Merck for 4 years where she lead the Predictive and Clinical Immunogenicity group and at Amgen for 14 years supporting Discovery to Development for biotherapeutics. Vibha has 20+ years of experience in diverse fields of biologics , vaccine development and gene therapy with successful support of 20 + IND, BLA and MAA filings. Vibha is a recognized leader in Bioanalysis and Immunogenicity with 50+ peer-reviewed publications and serves as a Reviewer and Editor for The AAPS Journal and J. Pharm Sci. She is an active member of multiple scientific societies and consortiums ( IQ, SC space Consortium and EIP) .Within AAPS, she is Steering Committee member of the Therapeutic Product  Immunogenicity Community, past chair of Immunogenicity Risk Assessment and Mitigation Community and leads the IQ Consortium for Cell/Viral/Gene therapies. Vibha enjoys volunteering as a board member for the state youth orchestra and mentoring high school students on STEM related projects in her free time. 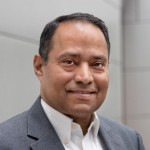 Vasant Jadhav is a Senior Vice President of Research at Alnylam Pharmaceuticals, where he leads the Alnylam Technology group responsible for siRNA designs, new applications and delivery solutions that have led to 5 approved drugs and deep pipeline across multiple tissue targets. Prior to Alnylam, Vasant was at Sirna/Merck for 12 years and worked on optimizing siRNA chemical modifications and leading the efforts on conjugate delivery approach. He obtained his PhD in Biotechnology from the University of Pune in 1998 and post-doctoral fellowship at University of Colorado, Boulder working on ribozymes. Dr. Jadhav has authored >30 peer-reviewed publication in the field of nucleic acids therapeutics.

Pat Furlong is the founding president and chief executive officer of Parent Project Muscular Dystrophy (PPMD), the largest nonprofit organization in the United States focused on Duchenne muscular dystrophy. After her two sons were diagnosed with Duchenne, Ms. Furlong joined other parents to found PPMD in 1994. The mission of PPMD is to END Duchenne. PPMD invests in research and has leveraged >500 M, advancing every possible opportunity to accelerate therapy development. PPMD is focused on three major goals: impact, influence and change policy.

Since 2000, PPMD has influenced policy – Children’s Health Act, MD CARE Act, Congressionally Directed Medical Research Program (CDMRP), Written Guidance for FDA in 2016 and currently developing draft Guidance to include gene therapy. With the goal of ensuring every single person diagnosed with Duchenne or becker have access to optimal care, opportunities to participate in clinical trials, and access to therapy.

Ms. Furlong has served on the boards of the Genetic Alliance and the National Organization for Rare Disorders, the National Institutes of Health’s Muscular Dystrophy Coordinating Committee, the Institute of Medicine’s Committee on Pediatric Studies Conducted Under BPCA and PREA, and the U.S. Food and Drug Administration’s Molecular and Clinical Genetics Panel. For her leadership in changing the course of Duchenne, Ms. Furlong was named among the top 50 orphan drug thought leaders by the World Orphan Drug Congress in 2014. She received the 2012 Global Genes | RARE Champion of Hope Advocacy Award and the 2008 Research America Advocacy Award.  She serves on the Board of the ARM foundation and on the Advisory Board of Orphan Disease Center, U. Penn.

Advait Badkar, is an Executive Director at Pfizer, and leads the Drug Product Design and Development organization. He also leads the cross-functional, multi-site team responsible for the complex formulation and manufacturing process of the BioNTech/Pfizer COVID-19 vaccine drug product including scale-up, technology transfer, and registration across global markets. Advait’s team at Pfizer specializes in novel delivery technologies with emphasis and expertise in nanoparticle-based modalities and the Pharmaceutical Research and Development laboratory in Andover, MA is the US site where all the lab-scale and pilot-scale work for the final vaccine vialed product is done.

Jacques Saarbach/Dr Saarbach was born and raised in the northeast of France. He graduated from the ENSCM in Montpellier (France) with a master’s in chemistry and a master’s in Biology. From 2014 to 2019, during his PhD training at the University of Geneva in the Winssinger lab, Dr. Saarbach focused on expanding the use of Peptide Nucleic Acids. These artificial nucleic acids share the same nucleobases as DNA or RNA on a peptide backbone. He used PNAs to create and screen DNA-PNA encoded chemical libraries and identified modulators of p97. His work also involved the development of fluorescence biosensors or increasing the cellular permeability of PNAs. In January 2020; Dr Saarbach joined the laboratory of Craig Crews at Yale University as Swiss National Science Foundation fellow, where he works on the synthesis and characterization of heterobifunctional small molecules for protein degradation, such as PROTACs or other modalities.

Michelle has over 20 years of drug research and development experience that started in St. Louis, MO in the Pharmacokinetics, Dynamics & Metabolism department of Searle/Pharmacia. In 2004 she moved to La Jolla, CA to work in a rapidly growing Safety Pharmacology department at Pfizer. Over time responsibilities broadened and transitioned into her current role as Drug Safety & Regulatory lead for early to late stage projects, which includes targeted protein degraders. She currently co-chairs the IQ Protein Degrader Working Group and contributes to the HESI Targeted Protein Degrader Committee.

David Nettleton is an Associate Director in PK Sciences in Novartis. He received a Ph.D. in Biochemistry from the University of Illinois at Urbana-Champaign (UIUC, 1985), studying methylation and demethylation of bacterial chemotaxis proteins. As a Post-Doc in the College of Medicine at UIUC, he used electron spin resonance to investigate the biophysics and redox chemistry of mammalian cell membranes. His first industry position was at Bristol-Myers Squibb (1989), where David investigated dermal inflammation, primarily the release of arachidonic acid by PLA2 and the formation of inflammatory mediators. Moving to Pfizer in 1993 and joining the New Leads group, he developed and prosecuted plate-based assays for ~100 hit/lead discovery projects (enzyme, ion channel, receptor, and cell-based). Using this assay experience, David transitioned to in vitro ADME in the Pfizer Candidate Enhancement group in 2000, where he implemented plate-based assays for microsome lability and hERG binding.  During this time, he derived the initial version of the net effect equation (DMD 36,1698). He also supervised CYP inhibition and CYP inactivation assays.  After a reorganization in 2004, which placed David into an in vitro safety group at Pfizer, he investigated plate-based safety assays using imaging technology (micronucleus, comet, oxidative stress). He joined Novartis in 2007 as an in vivo PK scientist, representing PK on drug discovery project teams.  Over 15 years at Novartis, he has worked on ~60 discovery projects, more recently focusing on molecules outside rule-of-5 space. This includes TPDs, bringing him to this Protein Degrader DruSafe exploration. In >40 years of academic and industry research, David has published >30 papers. Additionally, he has developed and taught courses in enzymology (in multiple sites at both Pfizer 2000-2006 and at Novartis after 2007), as well as receptor occupancy and PK at Novartis.

SAVE UP TO $100 WITH EARLY BIRD REGISTRATION! SHARE THE PROGRAM