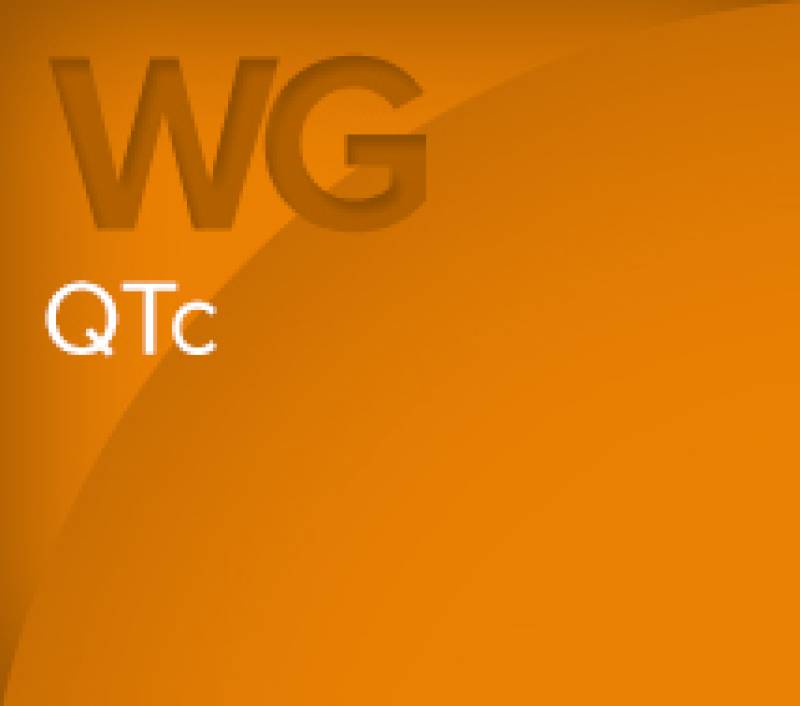 The QT working group has completed its goal of conducting the prospective study of QTc prolongation in early phase 1 with 5 known positive drugs (ondansetron, quinine, dolasetron, moxifloxacin and dofetilide) and one known negative drug (levocetirizine).  The concentration-QTc relationship showed a statistically significant positive slope for the five positive compounds and no slope for the negative compound.  The results were presented and discussed at a workshop sponsored by IQ and CSRC at the FDA White Oak campus on Dec. 12th.  The results have also been published in CPT.  FDA has begun granting waivers of conducting TQT studies on the basis of such data.