Several individuals were recognized at the 2013 IQ Symposium in November for their outstanding contributions and commitment to the IQ Consortium.

We are proud to announce the launch of our IQ LinkedIn Group – a forum for promoting the achievements and events of the IQ groups.

The 7 Elements Required for an Effective Green Chemistry Program

Results show that while pharmaceutical companies and excipient suppliers often work together, there may be opportunities to better leverage each other’s technical knowledge and abilities.

Registration for Pharma Landscape 2020 Opened to All IQ Member Companies

Early registration is encouraged to secure your seat.

IQ has announced the program for its upcoming workshop on GMPs in Early Development.

"Therapeutic Protein Drug–Drug Interactions: Navigating the Knowledge Gaps" has been published in the AAPS journal.

IQ's Annual Roundtable with FDA's Office of Clinical Pharmacology and the IQ's DMPLG and CPLG was held June 24-25, 2013.

IQ's Spring Board meeting took place in in Philadelphia, PA in early April, 2013. 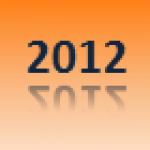 Terrence Tougas, IQ's Chair from 2010-2012, reflected on 2012 as "a time of exciting progress, accomplishments and opportunities" for IQ.