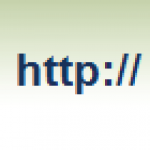 The GMPs in Early Development Working Group authored a series of five position papers, published in Pharmaceutical Technology in 2012.

The theme of the 2012 IQ Symposium is "Innovative Approaches to Quality."

In June 2012, the Allotrope Foundation was formed to develop and implement a fully open information standard for the analytical laboratory.