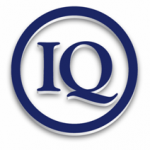 The IQ DILI Initiative Abnormal Baseline Working Group is seeking a volunteer with strong expertise in hepatology as well as knowledge and experience in DILI and in drug development.

The IQ Consortium is proud to welcome Relay Therapeutics as its newest member.

This program recognizes researchers for their significant innovative contributions toward the 3Rs of animal research to advance ethical science. Apply by June 1, 2022 to submit your nomination!

The IQ Consortium welcomes the Bill and Melinda Gates Medical Research Institute and Novo Nordisk as its newest member companies.

The IQ Explorative Clinical Trials Working Group recently published a paper entitled "To blind or not to blind in human and exploratory clinical trials: Acceleration of development vs. risk of bias"

The IQ DruSafe Leadership Group and EFPIA publish the results from their collaborative survey on photosafety evaluation of pharmaceuticals after implementation of ICH S10.

Reports from nine IQ groups spanning the pharma development lifecycle provide an important framework for the industry to support future pandemic or unmet medical needs for the patients we serve.

IQ Celebrates! A look back on the IQ Consortium’s first decade with a Viewpoint in Pharm Tech

The IQ Consortium will continue to refine the attributes that brought success in its first decade into the next with technical depth, key capabilities, and its influential presence.

Registration Opens for an IQ Quality Leadership Group webinar to help prepare for the next US FDA inspection.

IQ DILI is pleased to announce their latest publication in AP&T on detection, assessment and management best practices for suspected DILI in clinical trials for adults with cholestatic liver disease.

The IQ MPS Affiliate has launched its new website. Open this story to learn more about the Affiliate and its activities.

Join IQ as it celebrates the tremendous efforts of the 2019 IQ Recognition Award recipients.

IQ DILI Collaborates with Biorepository, DILI Experts, and US FDA to Publish in CPT

IQ has released a series of case studies on high-impact initiatives led by IQ working groups.

The assessment tools for partner research organization animal care and use programs were developed with IQ member company and CRO input.

Download the 2017 IQ Consortium's Symposium Report to read about this year's speakers' talks and IQ's continued initiatives to bring innovation and quality to pharmaceutical development.

IQ Consortium congratulates the 2017 winners of the Global 3Rs Award, a collaboration between IQ and AAALAC International.

Register now for the joint ASCPT/IQ Half-day Symposium and Workshop on Pediatric Drug Development: Challenges and Opportunities in Extrapolation - 21 March 2018 at the Annual ASCPT Meeting in Orlando

Allotrope Framework Released for Commercial Use

The first phase of the Allotrope Framework has been released for commercial use.

The article presents the results of a survey on implementation of analytical quality by design concepts by small- and large- molecule companies.

A new collaborative initiative was recently formed within the International Consortium for Innovation and Quality in Pharmaceutical Development (IQ) to tackle this challenge.

IQ's Change Management Working Group has produced a white paper on how to implement a change management system in the clinical development phase of a product’s lifecycle.

The IQ Consortium has formed an 11th Leadership Group to address CMC aspects of biologic development.

Leaders of the IQ Consortium Pediatric Working Group worked with the University of Maryland, FDA, EuPFI, and PDCO to organize a pediatric formulations workshop on June 8th and 9th.

The Global 3Rs Award recognizes significant innovative contributions toward the 3Rs of animal research to advance ethical science, by any researcher in academia or industry in any area of biology.

The Framework will accelerate data sharing activities that support the Consortium’s mission.

Q&A for ICH E14 Guideline Revised with Input from IQ

Q&A for "The Clinical Evaluation of QT/QTc Interval Prolongation and Proarrhythmic Potential For Non-Antiarrhythmic Drugs" revised.

The 2015 IQ Symposium Report, presentations, and a recording of the Chairs' reflection session are now available.

Concert Pharmaceuticals has become the newest member of the IQ Consortium.

Pierre Fabre Laboratories is the newest member of the IQ Consortium.

Seattle Genetics has joined IQ, bringing the number of companies in the Consortium to 38.

At its June meeting, the IQ Board of Directors endorsed formation of a CMC Biologics Leadership Group.

The IQ Consortium has partnered with the Association for the Assessment and Accreditation of Laboratory Animal Care, International (AAALAC) to create a Global 3Rs Award Program.

IQ has launched an online orientation program for participants.

The CRO Outreach WG, an effort within the 3Rs LG, has developed a brief training program on managing and understanding the animal welfare and research implications of study design/timeline changes.

Mark Argentine presented IQ Consortium Initiatives with Respect to AQbD/Analytical Method Lifecycle Management as part of the morning workshop on “Recent Initiatives by FDA and Compendia" at Pittcon.

A JAALAS Special Topics Journal on the 3Rs, edited by the IQ 3Rs Leadership Group, was published in March.

The IQ Green Chemistry Working Group has been published in the March 2015 issue (#52) of Innovations in Pharmaceutical Technology.

We are proud to introduce IQ's new Chair for 2015-6, Dr. Steve King. Watch Dr. King's participant profile to hear more about him and how IQ has helped the pharmaceutical industry.

In celebration of IQ's fifth year, we are releasing IQ Participant Profile videos throughout the year that share real interviews with IQ leaders about how IQ has impacted their job and their industry.

IQ has announced the dates for major 2015 meetings.

Click to view the nine 2014 IQ Symposium Speaker Presentations given on October 9th, 2014.

The NIH has announced SBIR Contract Solicitations, including two for the development of enabling technologies.